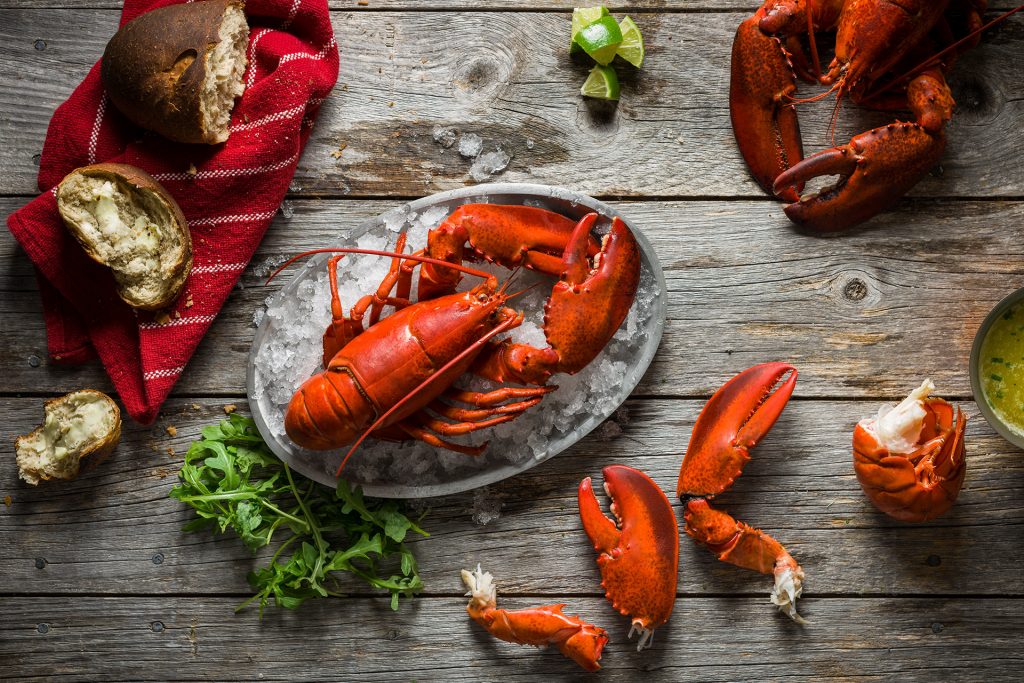 Lobster catch is divided into two categories, either as canners or markets, in accordance with size. Generally, canners weigh between 275-425g while markets weigh over 425g. These smaller lobsters are preferred by true connoisseurs for their tender and flavourful characteristics. Approximately 50% of Prince Edward Island lobsters are harvested in this category. Prince Edward Island has two lobster seasons, Spring and Fall. The Spring season runs from May to June with about ninety per cent of the harvest, while the Fall season runs from mid-August to mid-October. Prince Edward Island lobster companies produce a wide range of value-added products that are accepted worldwide. On an annual basis, Prince Edward Island accounts for almost fifteen per cent of Canadian lobster production.